developed in partnership with the Warboys Archaeology Group 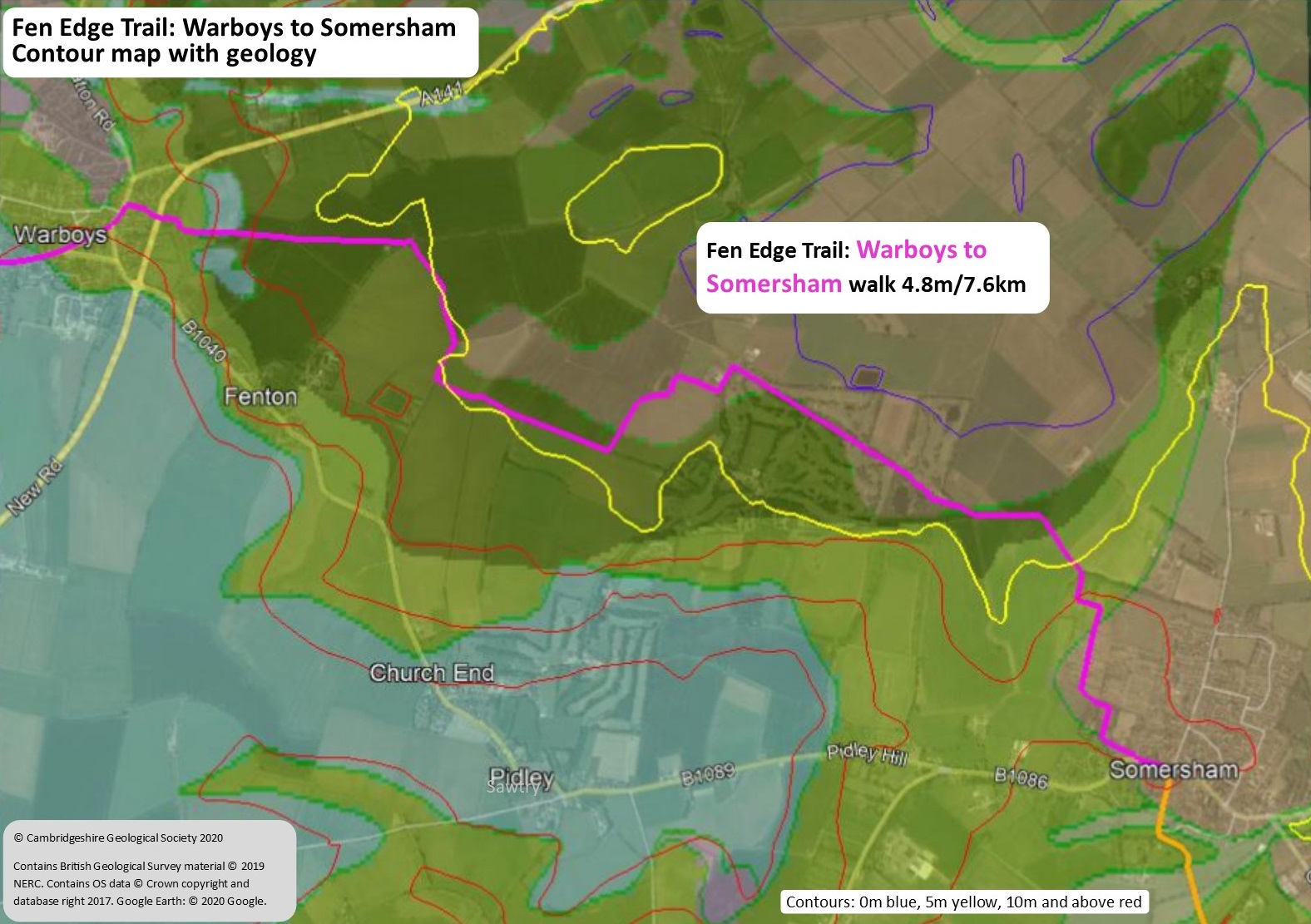 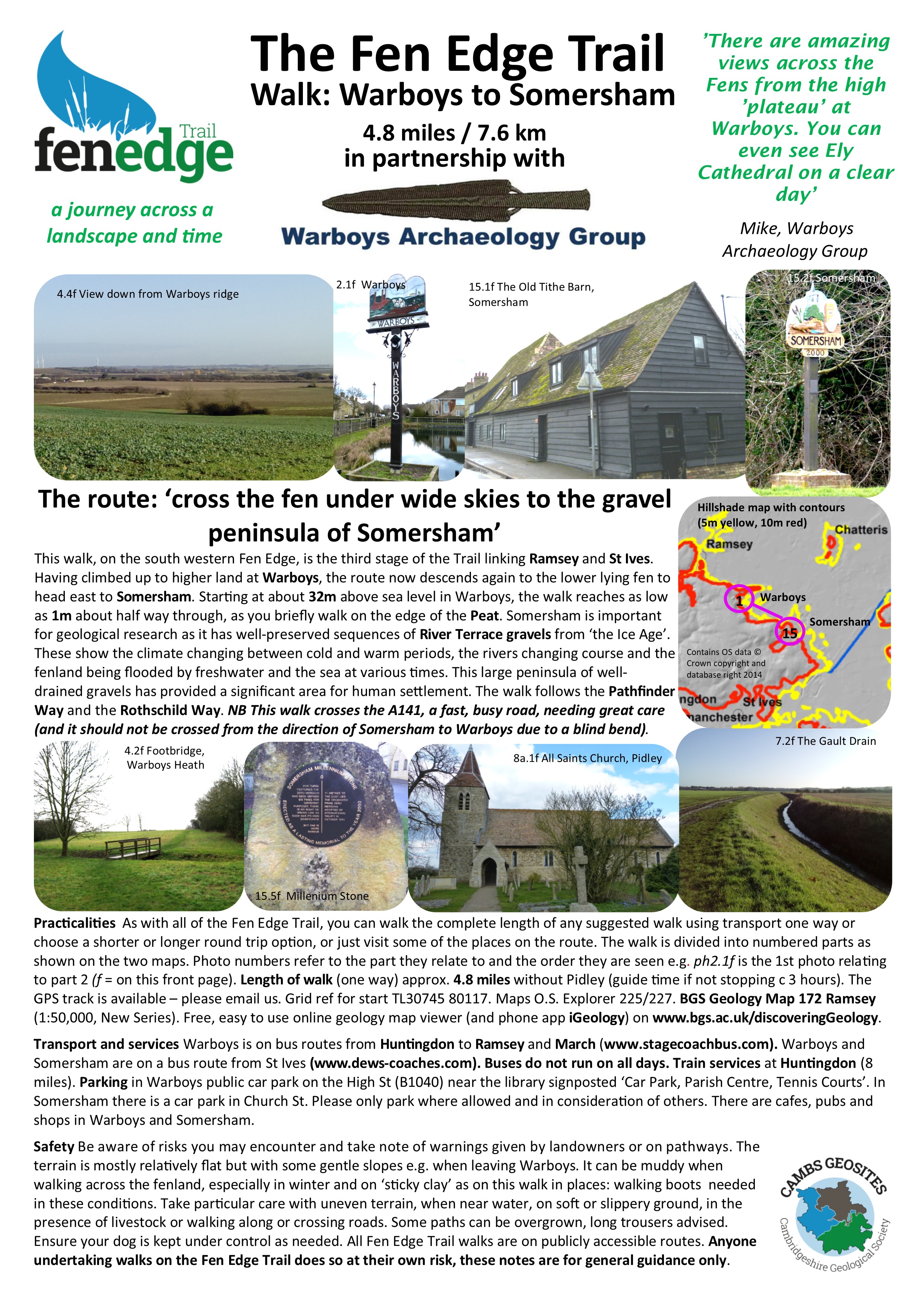 ’There are amazing views across the Fens from the high ’plateau’ at Warboys. You can even see Ely Cathedral on a clear day’

The route: ‘cross the fen under wide skies to the gravel peninsula of Somersham’

This walk, on the south western Fen Edge, is the third stage of the Trail linking Ramsey and St Ives. Having climbed up to higher land at Warboys, the route now descends again to the lower lying fen to head east to Somersham. Starting at about 32m above sea level in Warboys, the walk reaches as low as 1m about half way through, as you briefly walk on the edge of the Peat. Somersham is important for geological research as it has well-preserved sequences of River Terrace gravels from ‘the Ice Age’. These show the climate changing between cold and warm periods, the rivers changing course and the fenland being flooded by freshwater and the sea at various times. This large peninsula of well-drained gravels has provided a significant area for human settlement. The walk follows the Pathfinder Way and the Rothschild Way. 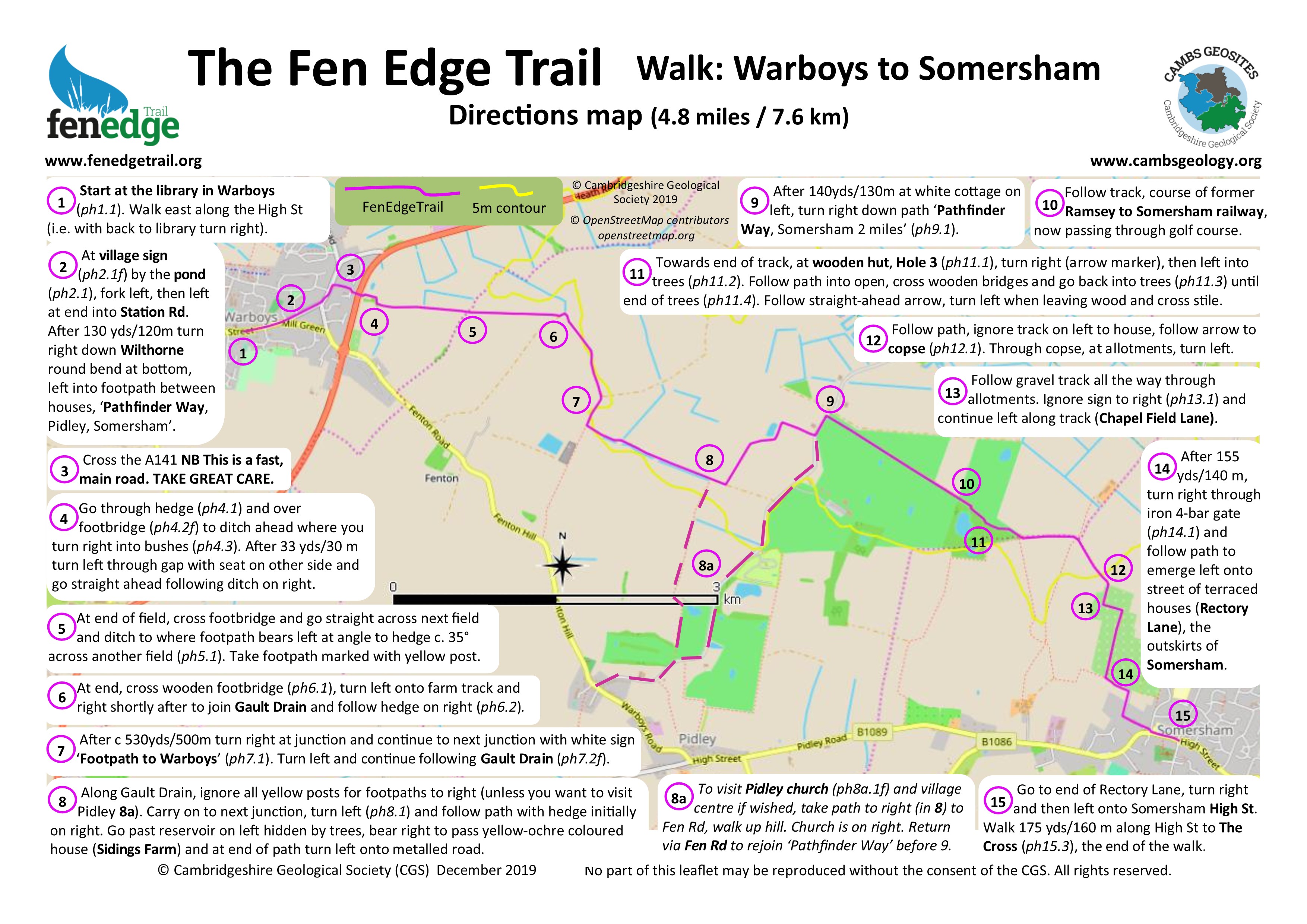 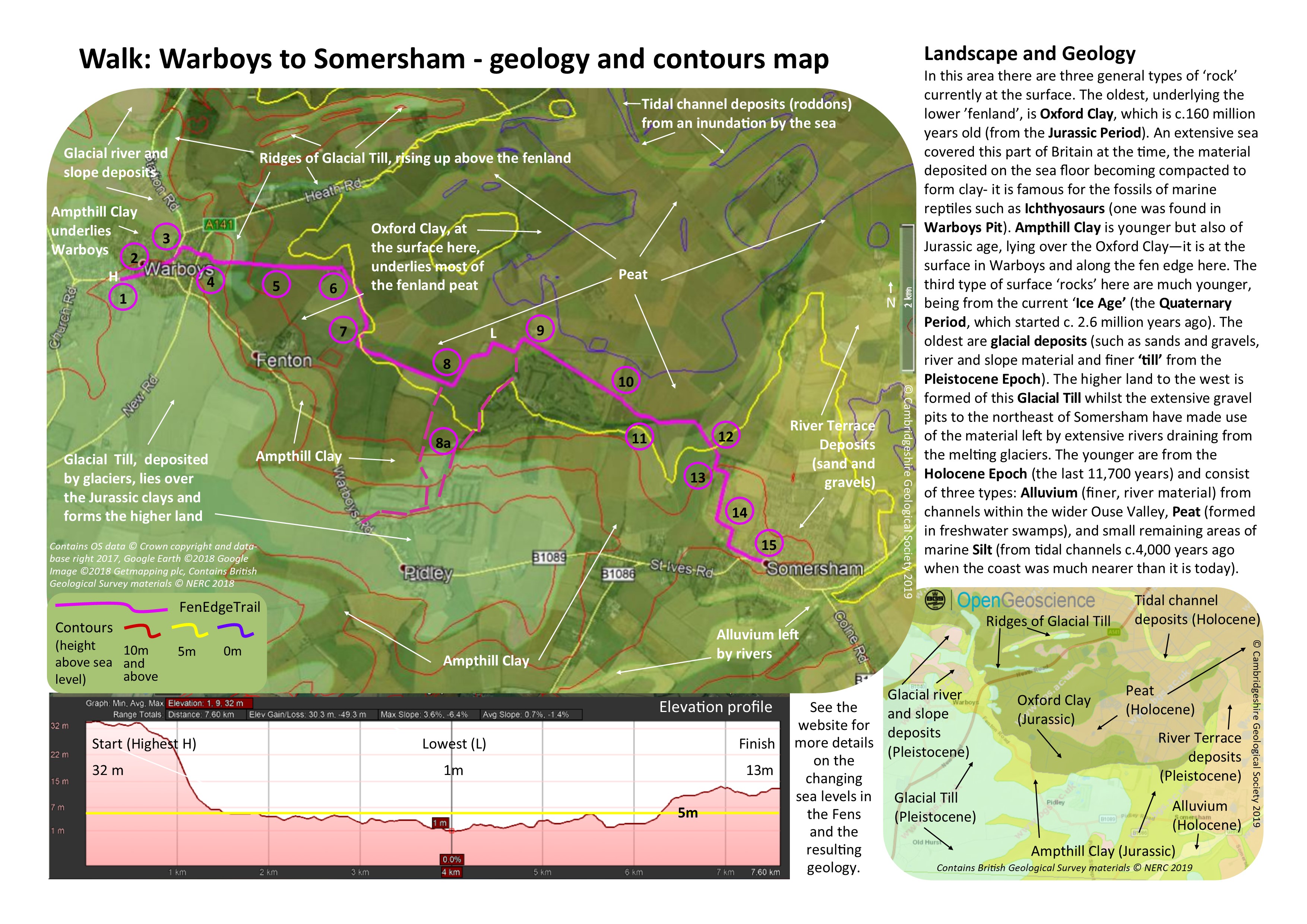 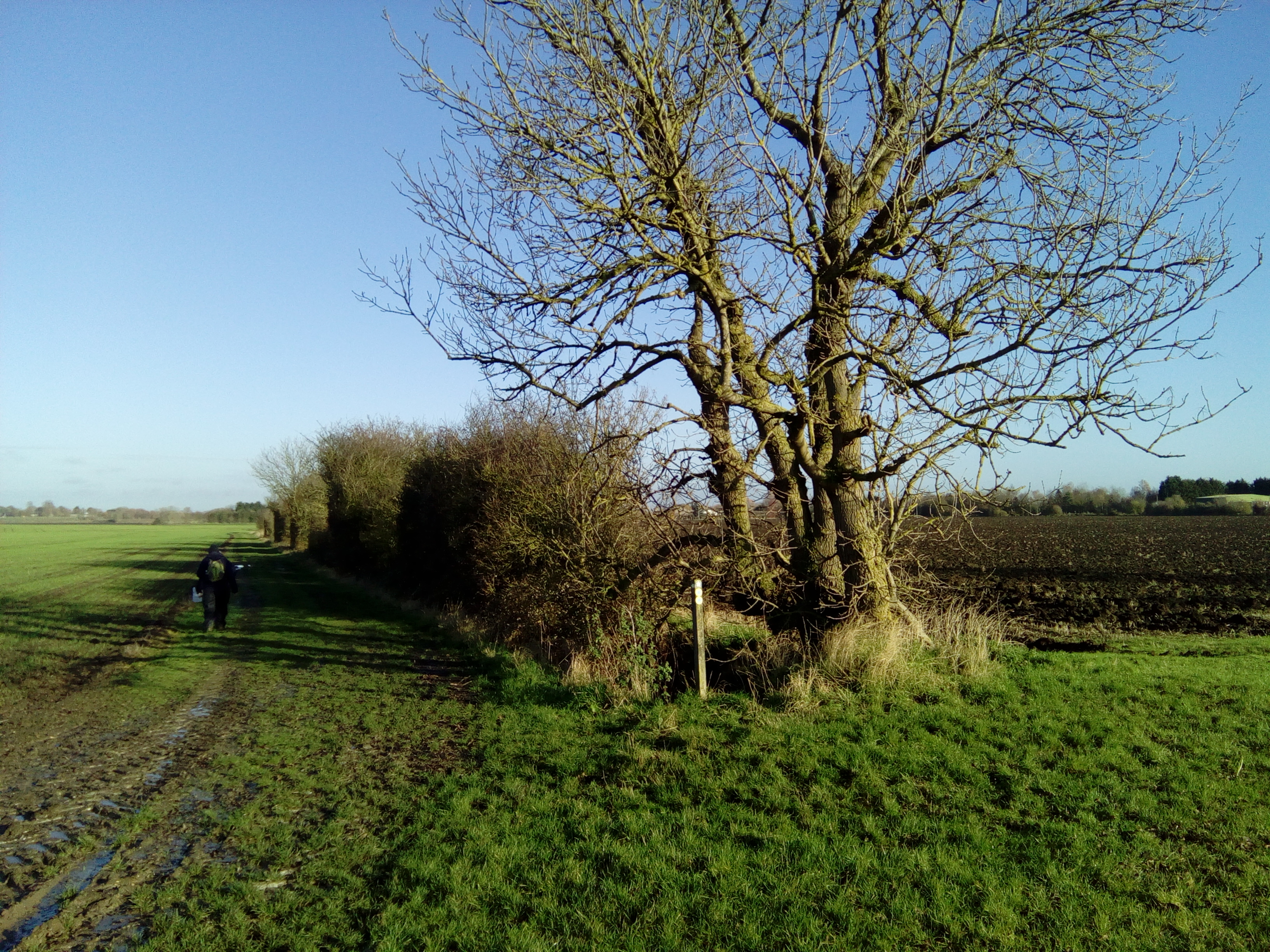 In this area there are three general types of ‘rock’ currently at the surface. The oldest, underlying the lower ’fenland’, is Oxford Clay, which is c.160 million years old (from the Jurassic Period). An extensive sea covered this part of Britain at the time, the material deposited on the sea floor becoming compacted to form clay- it is famous for the fossils of marine reptiles such as Ichthyosaurs (one was found in Warboys Pit). Ampthill Clay is younger but also of Jurassic age, lying over the Oxford Clay—it is at the surface in Warboys and along the fen edge here. The third type of surface ‘rocks’ here are much younger, being from the current ‘Ice Age’ (the Quaternary Period, which started c. 2.6 million years ago). The oldest are glacial deposits (such as sands and gravels, river and slope material and finer ‘till’ from the Pleistocene Epoch). The higher land to the west is formed of this Glacial Till whilst the extensive gravel pits to the northeast of Somersham have made use of the material left by extensive rivers draining from the melting glaciers. The younger are from the Holocene Epoch (the last 11,700 years) and consist of three types: Alluvium (finer, river material) from channels within the wider Ouse Valley, Peat (formed in freshwater swamps), and small remaining areas of marine Silt (from tidal channels c.4,000 years ago when the coast was much nearer than it is today). 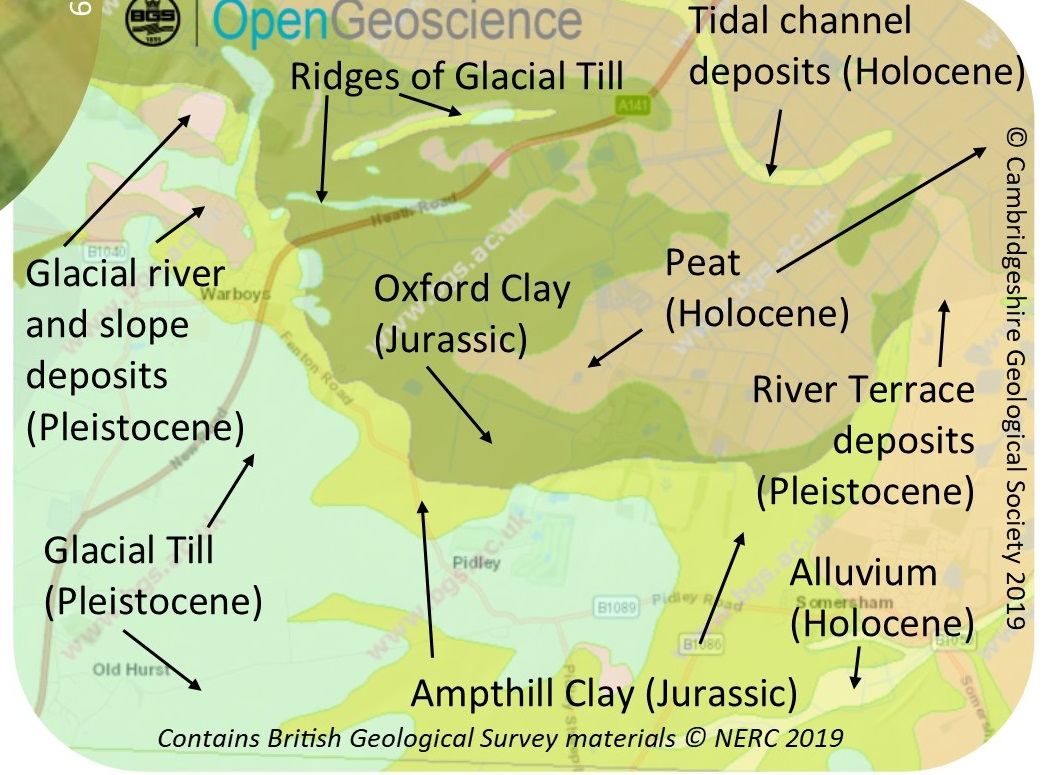 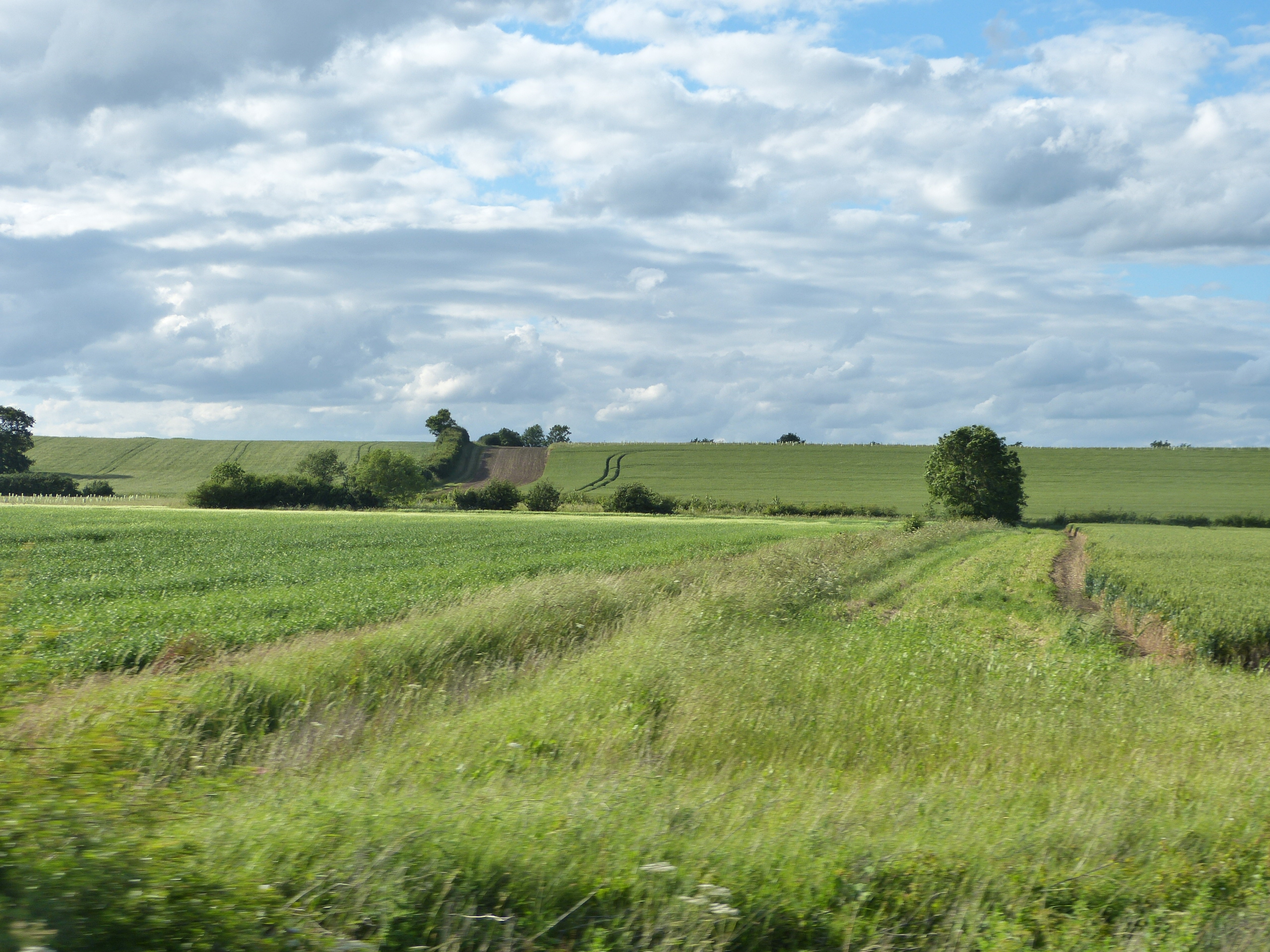 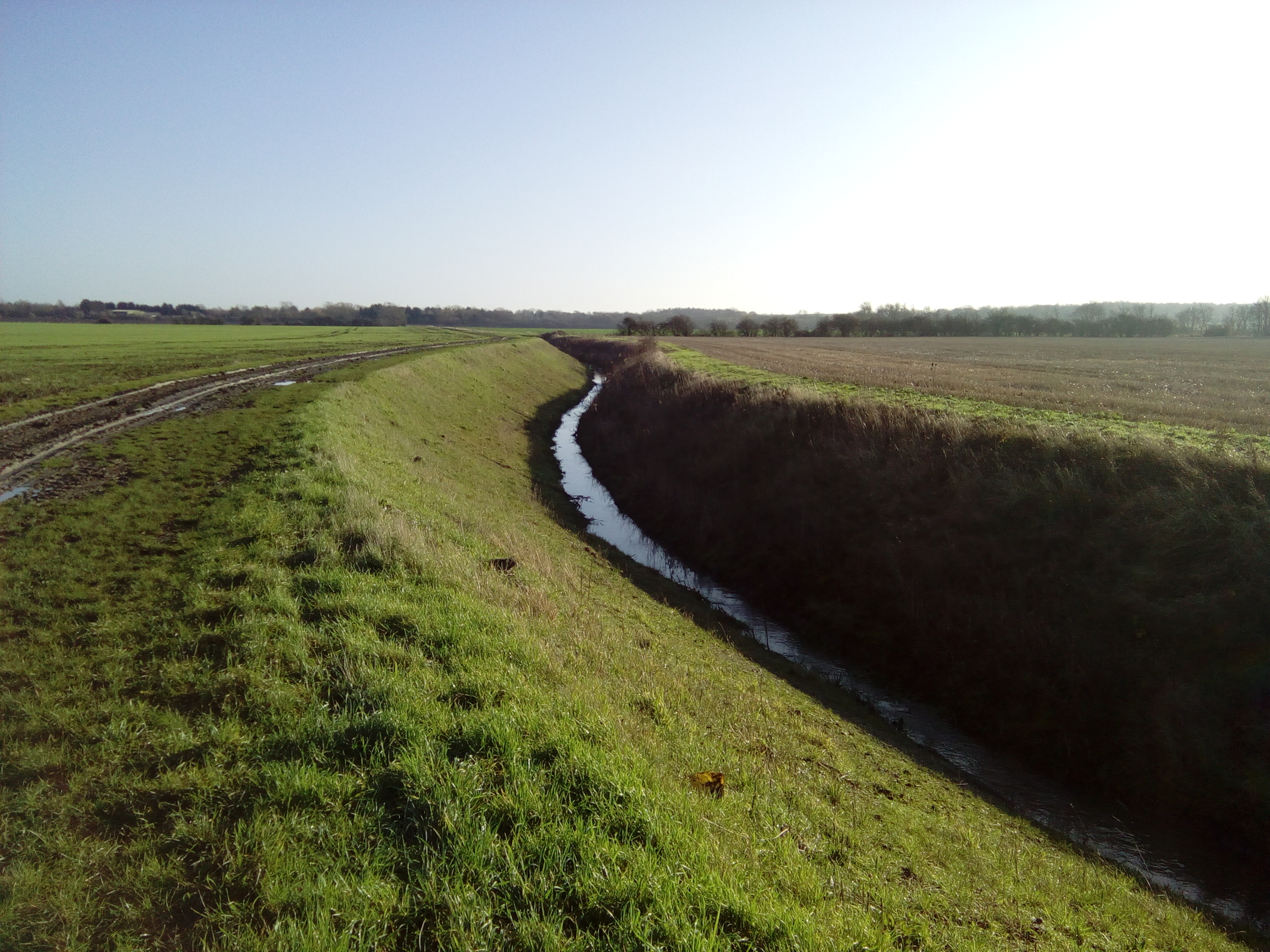 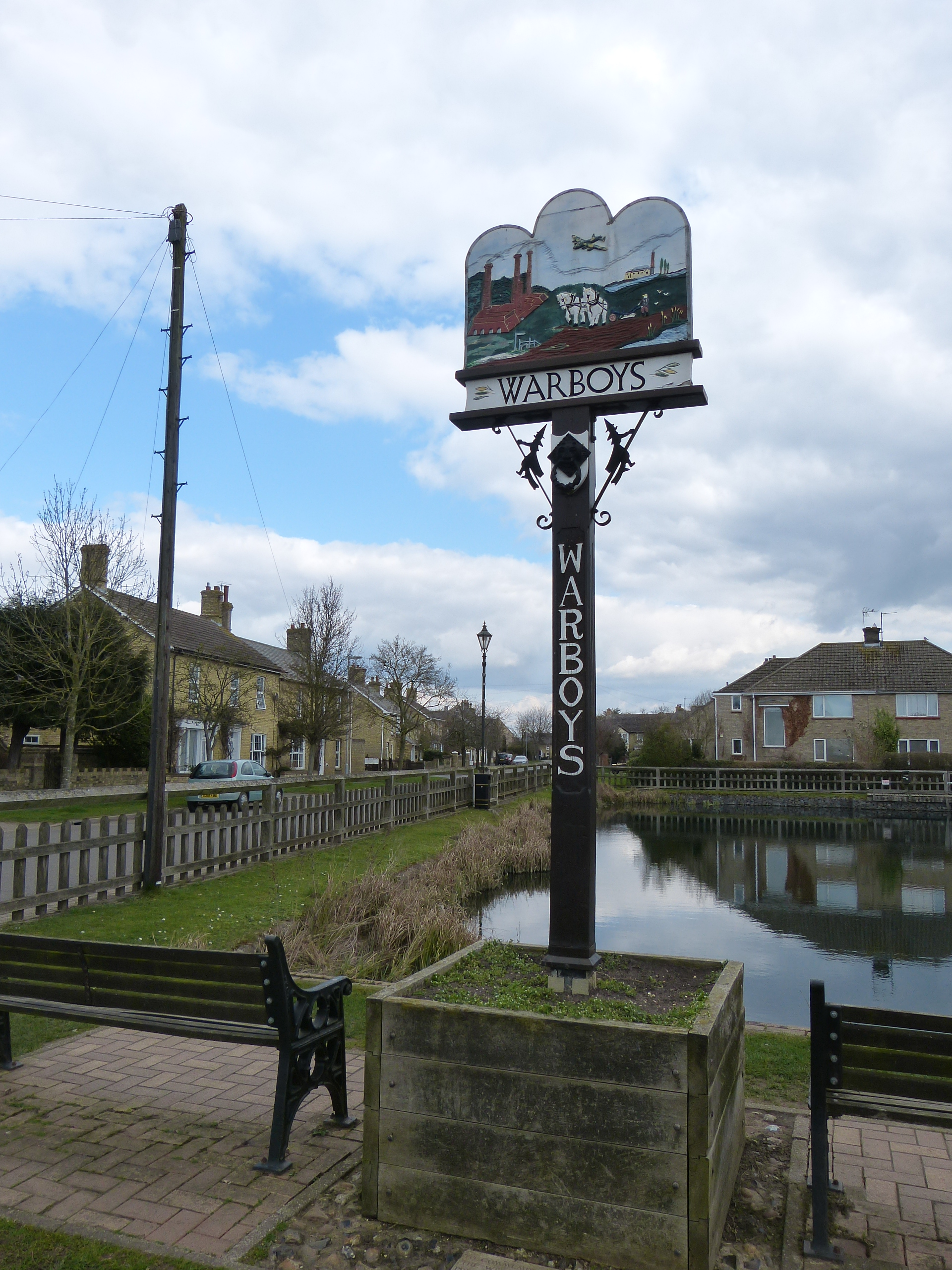 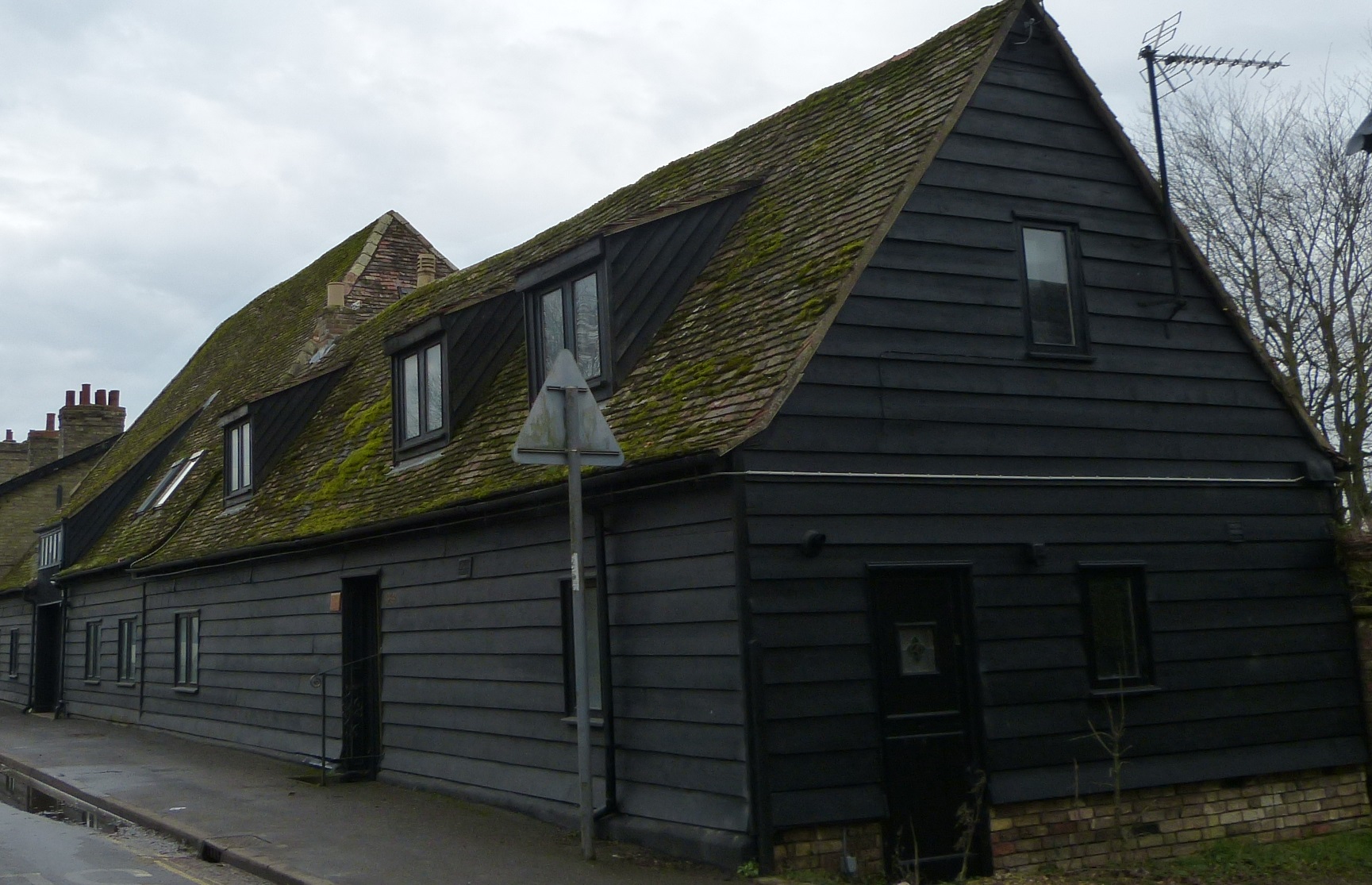 Geology and Archaeology at Somersham

The fen edge at Somersham has proved to be an important area for geological research due to its extensive gravel deposits of the River Terraces here (up to 7.5m thick), together with interbedded organic material. These hold a valuable record of environments during the current ‘Ice Age’ (the Quaternary Period) including the Pleistocene (Middle and Late) and Holocene Epochs. A channel cut in the Jurassic Ampthill Clay (by a previous course of the River Great Ouse) contains gravels from the end of the Tottenhill Glaciation in the Late  Wolstonian cold stage (ending c.130,000 years ago) covered by loess (a fine, wind-blown material). Pollen studies show that there are also freshwater and marine-influenced deposits from the temperate (warm) Ipswichian stage (130,000 to 115,000 years ago) and more recent lake deposits from Lake Sparks, which formed at the end of the last glaciation, the Devensian ( c.20,000 years ago), when ice blocked the flow of water into the Wash to the north, causing an extensive lake to form in southern fenland. Lake sediments found here include red Hunstanton Till – carried from the Norfolk coast. Deposits of marine silt (the ‘Fen Clay’) in the area  show that marine conditions reached the (wider) Ouse valley between Chatteris and Somersham, interrupting Peat growth. The date suggested by the deposits is c. 3,855 years ago, a few hundred years before the likely fullest extent of this (early Bronze Age) ‘sea incursion’.

Somersham’s gravels have provided archaeological finds (ph15.4) such as 4 flakes (now at the Sedgwick Museum) and a handaxe (at the British Museum) probably from Station Pit, dated to the Lower or Middle Paleolithic. The finds include Levallois flints, usually associated in Great Britain with Homo neanderthalensis. 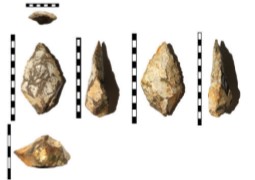 The next walk, Somersham to Earith, passes through the gentle countryside south of Somersham, via Colne and then out to the east where several flooded gravel pits are now fishing lakes, before taking you along the bank of the Old Bedford to finish at the southern end of the Ouse Washes. Optional detour to Somersham Local Nature Reserve possible, along the disused railway track and past another flooded gravel pit (the gravel having been used for the railway’s construction). 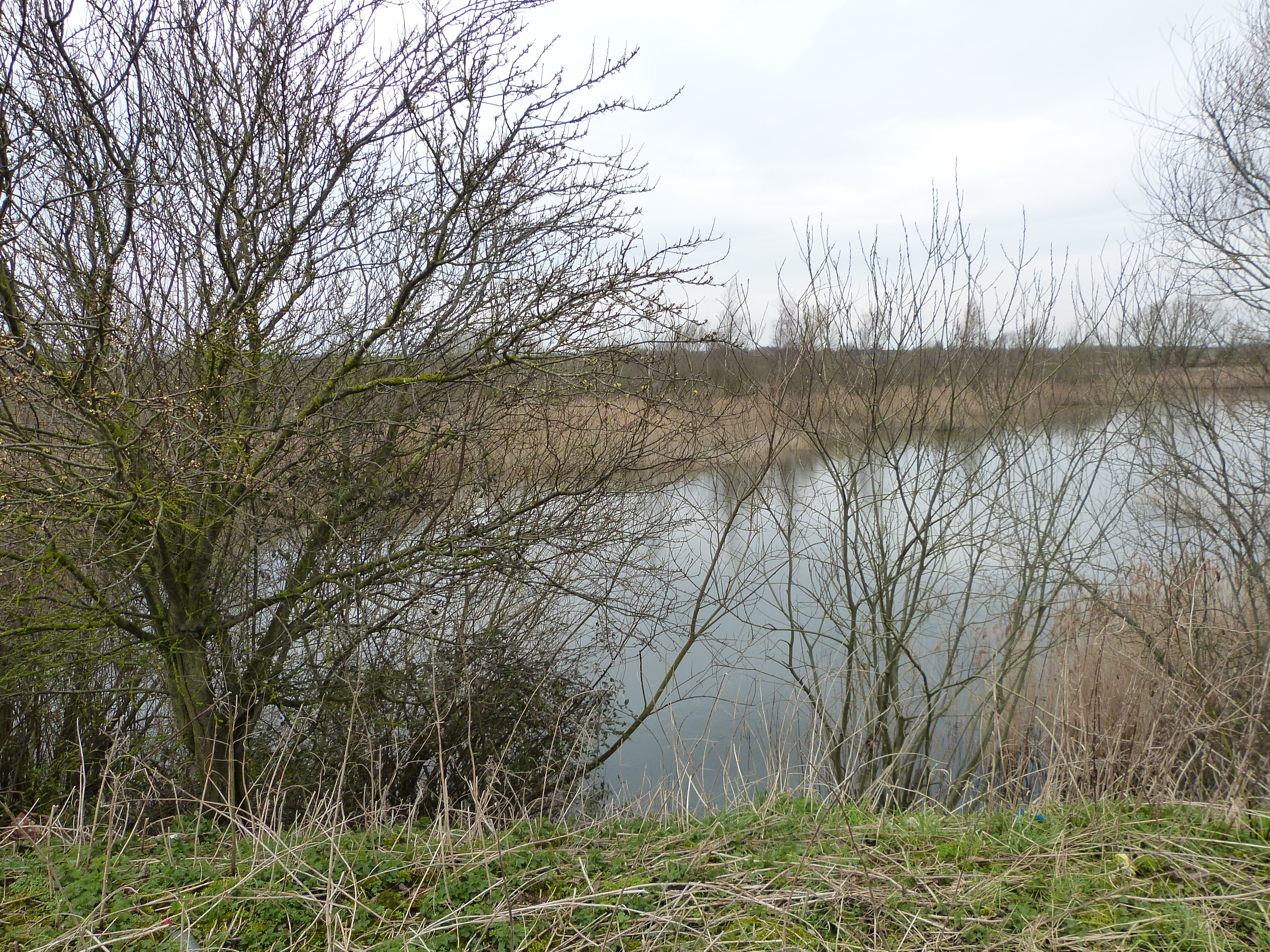 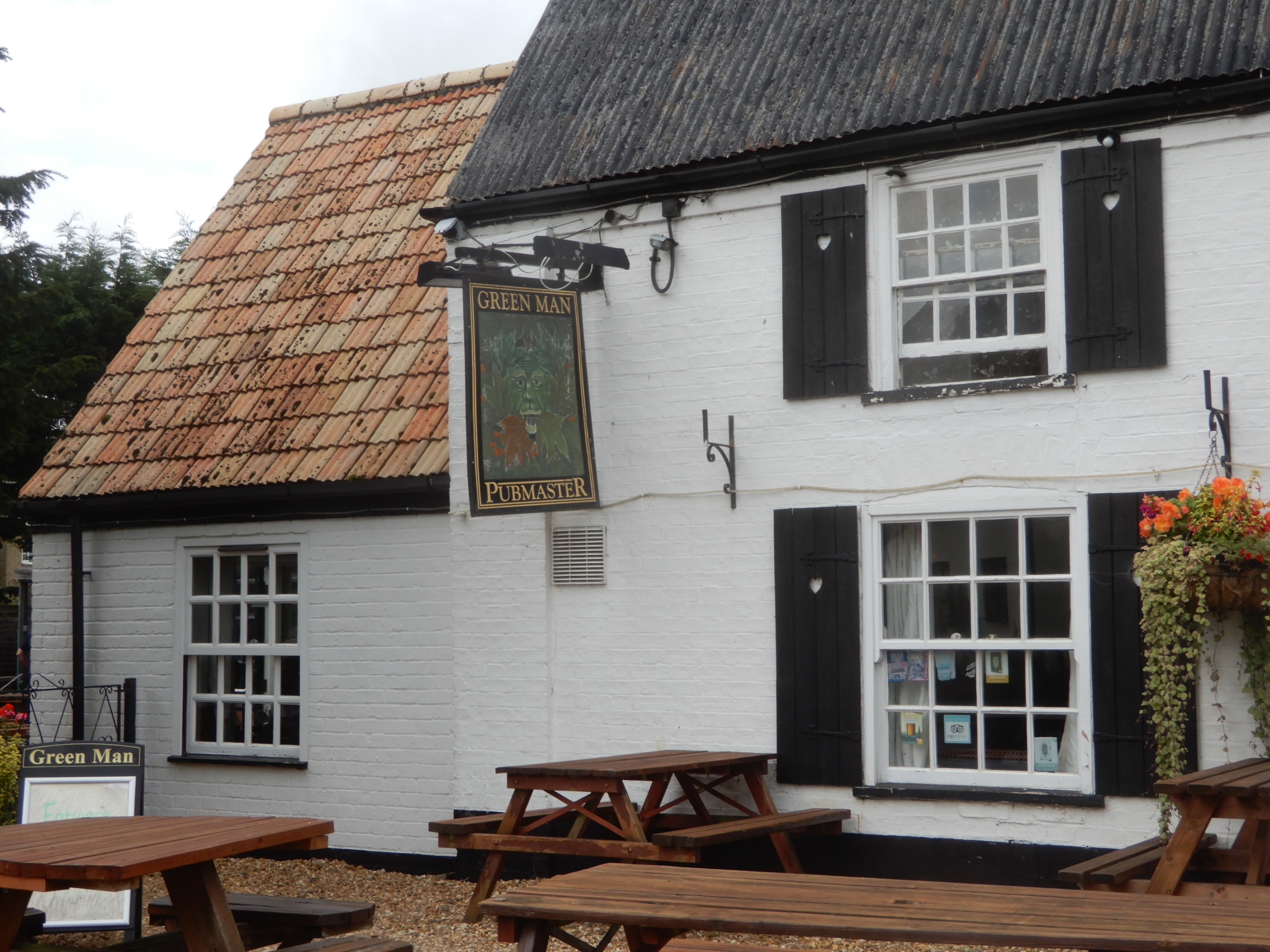 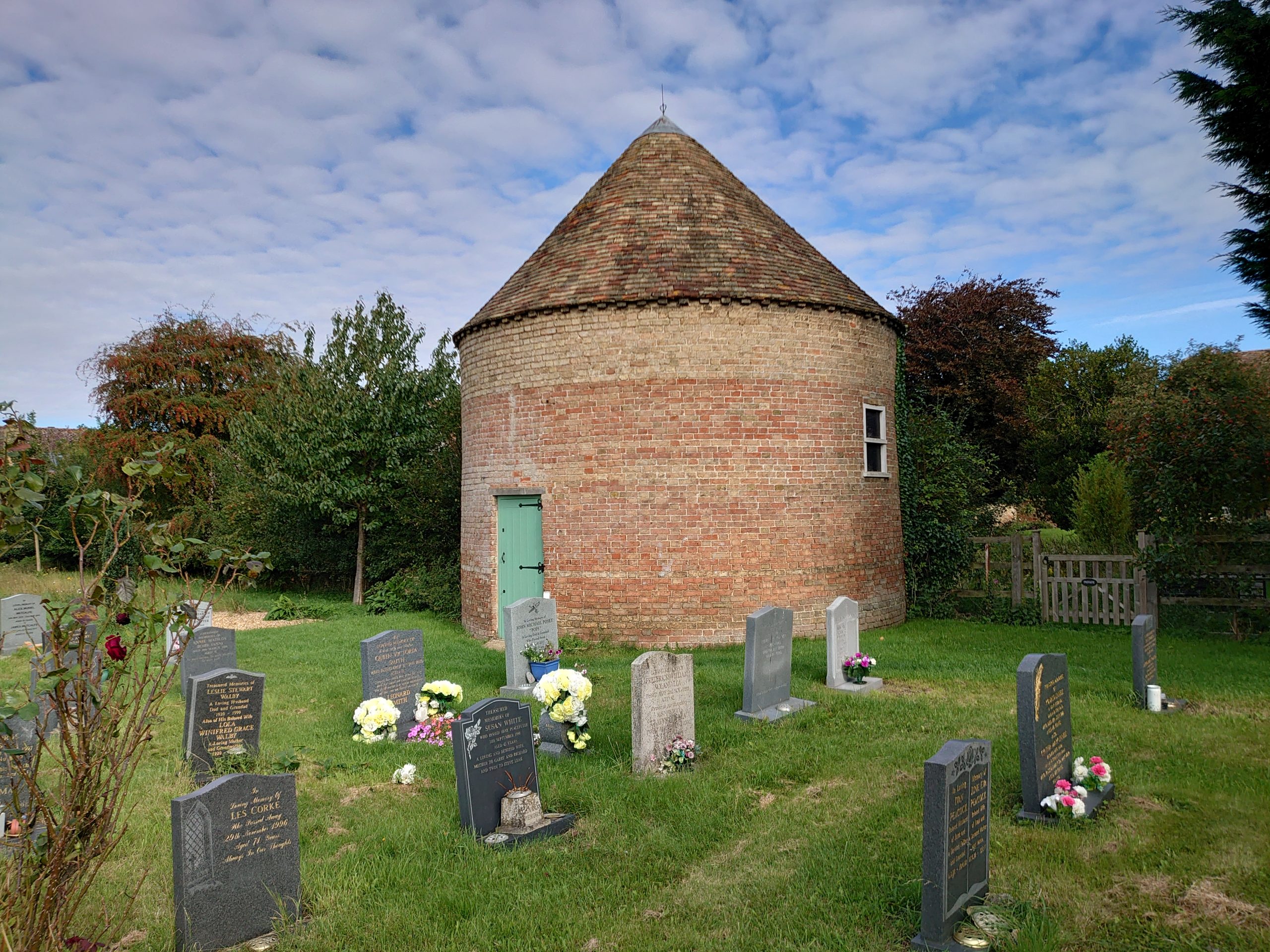 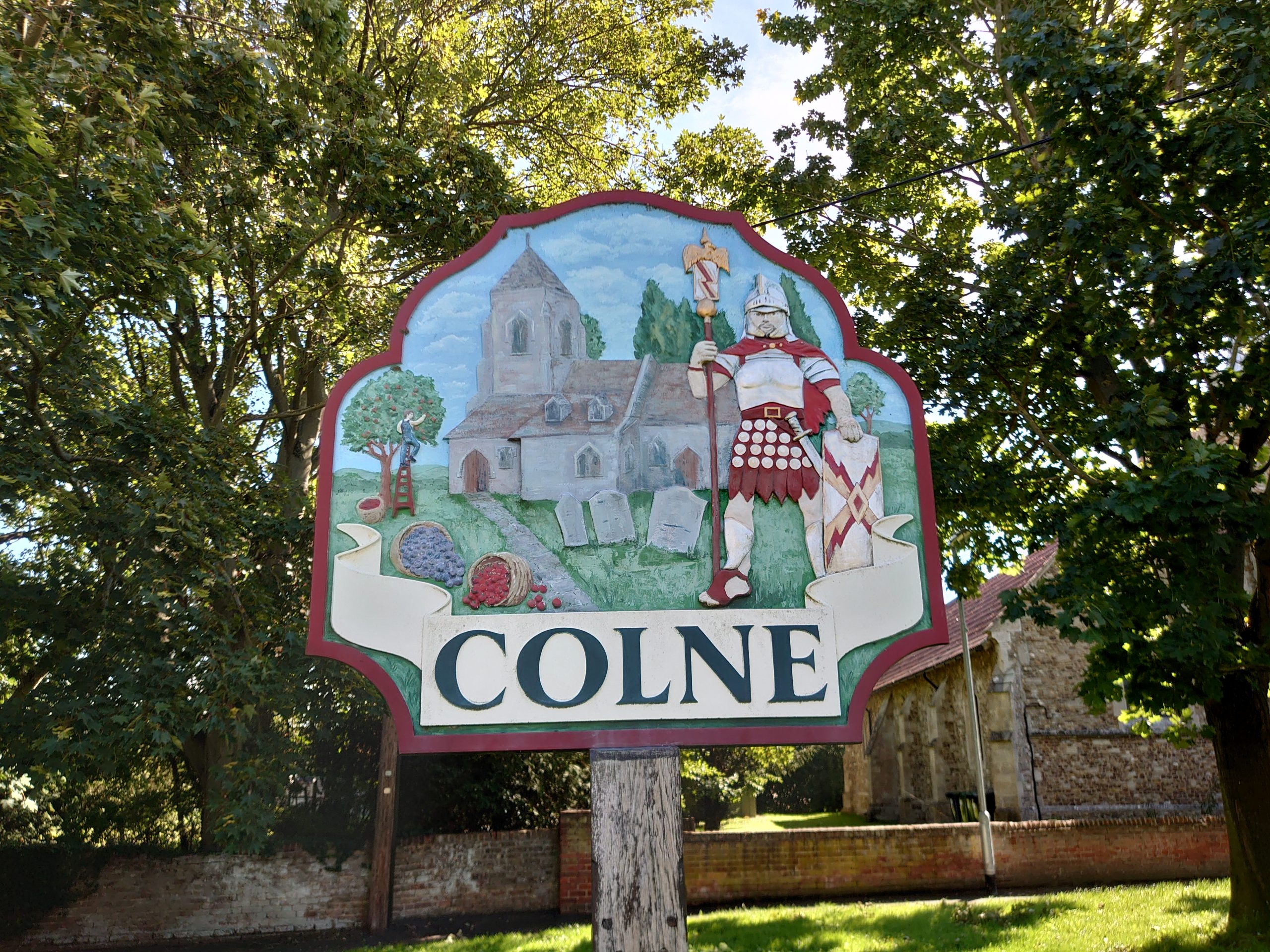 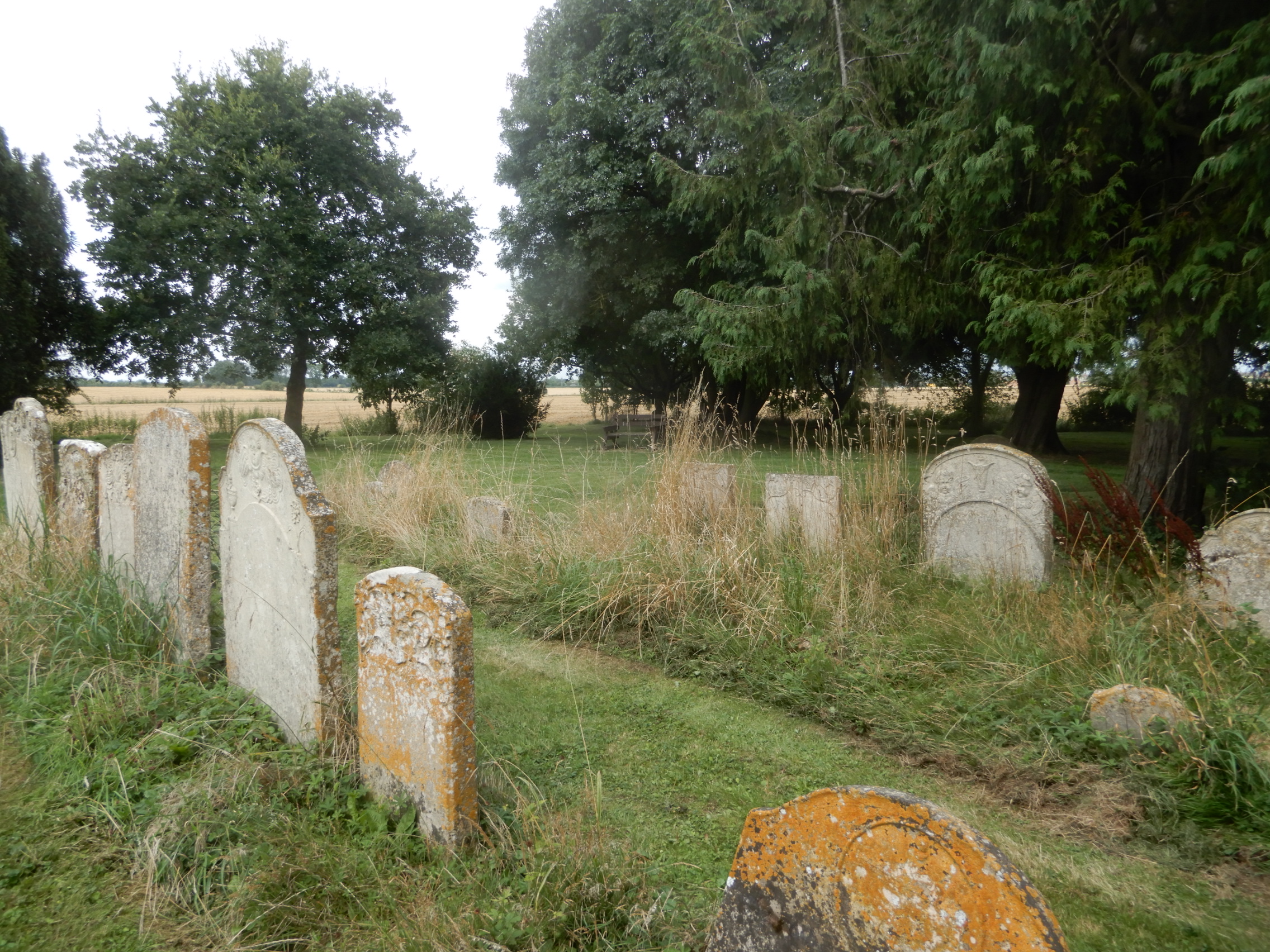 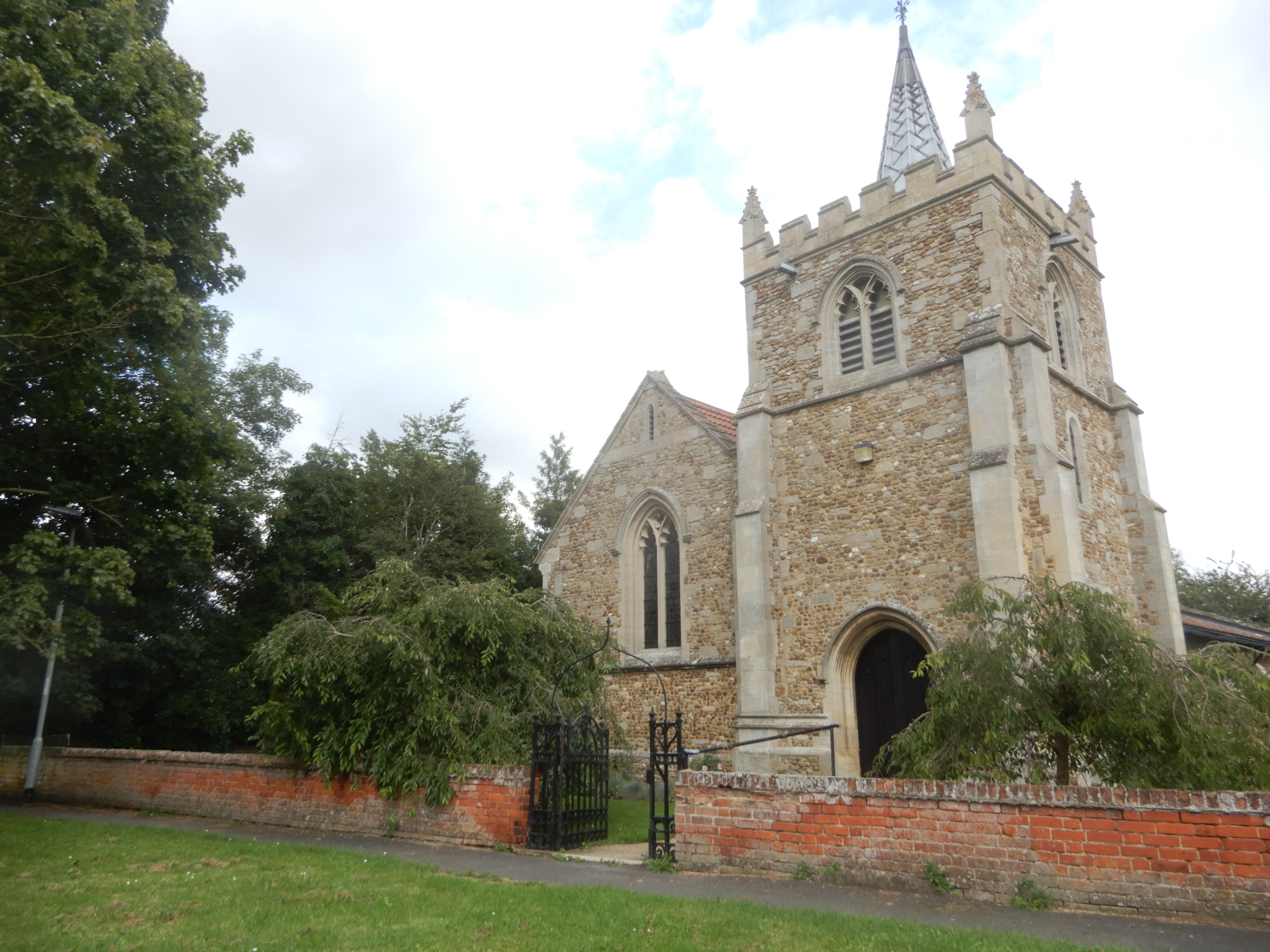 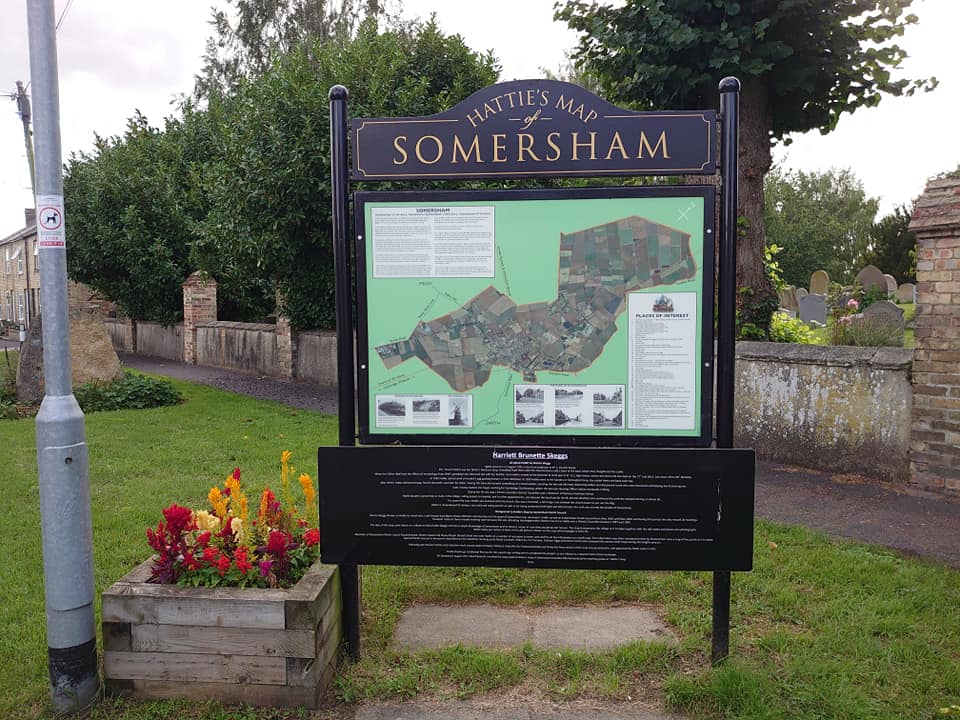 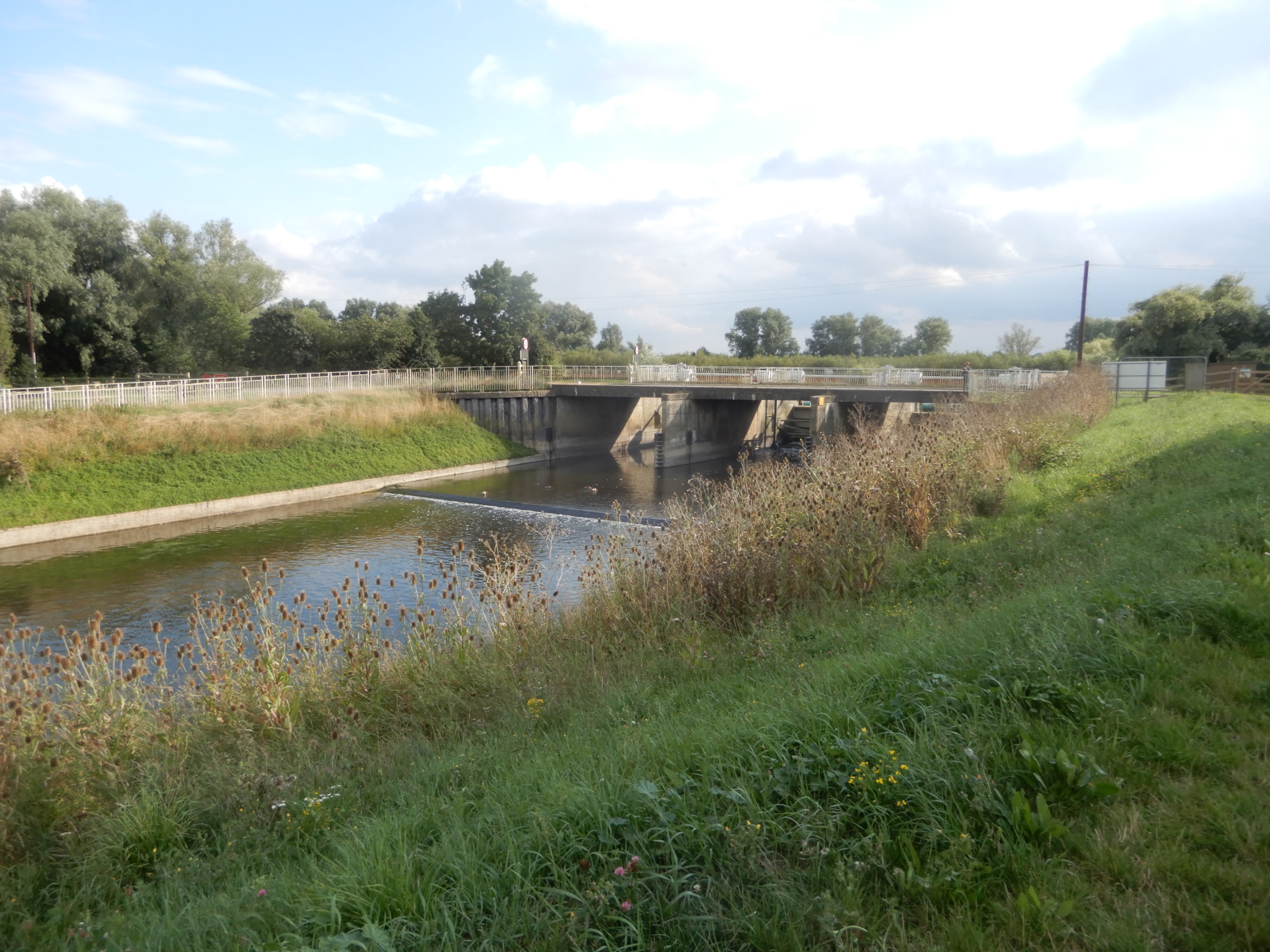 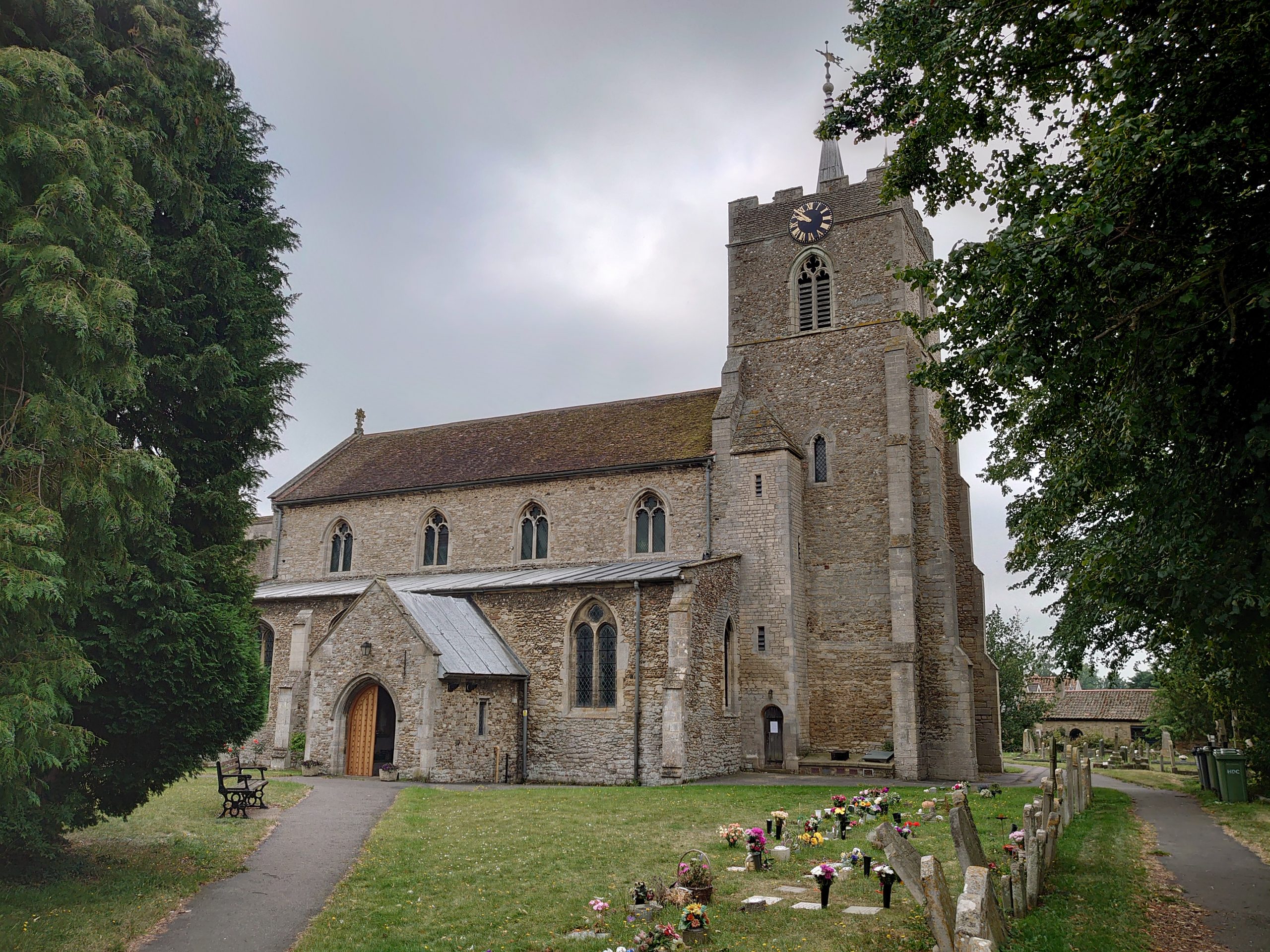